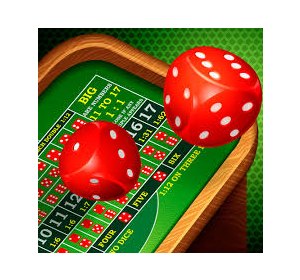 How to Play Sic Bo

The board can look very intimidating especially if it’s your first time playing this dice game. It’s the same feeling players experience when they first try Craps. But don’t worry, it’s actually easy to understand.

The Goal of Sic Bo

Player bets on what they think will be the outcome of the three dice.

How to Play Sic Bo in 4 Easy Steps!

The Dealer shakes three dice closed in a tiny chest.

Player wins if the dice matches their bet prediction

The most important part of this casino game is finding out the different Sic Bo Bets online gamblers can make:

Single Bet – player bets on a single number that can appear on any of the three dice. Ex: Player bets that 2 will appear on one of the dice. If it does, player wins.

Double Bet – player bets on which two numbers will appear on the two out of three dice. Ex: Player bet that number 4 and 5 will show up on two of the dice. If it does, player wins.

Two Dice Combinations – also called “Domino Bet”, it lets player bet on the result of two dice at once instead of all three or the sum of all three dice.

In terms of rules, there is not a lot in the Sic Bo Game.

1.) Players can make as many bets as they want.

2.) Players are not required to match all the three dice (only if you placed the triple bet).